This was the very first thing we have learned and we were introduced to different standards in regards of location. Since we could end up working abroad we were told that first angle is used in Britain whereas third angle orthographic projection is used everywhere else around the world. I was always used to drawings in third angle... 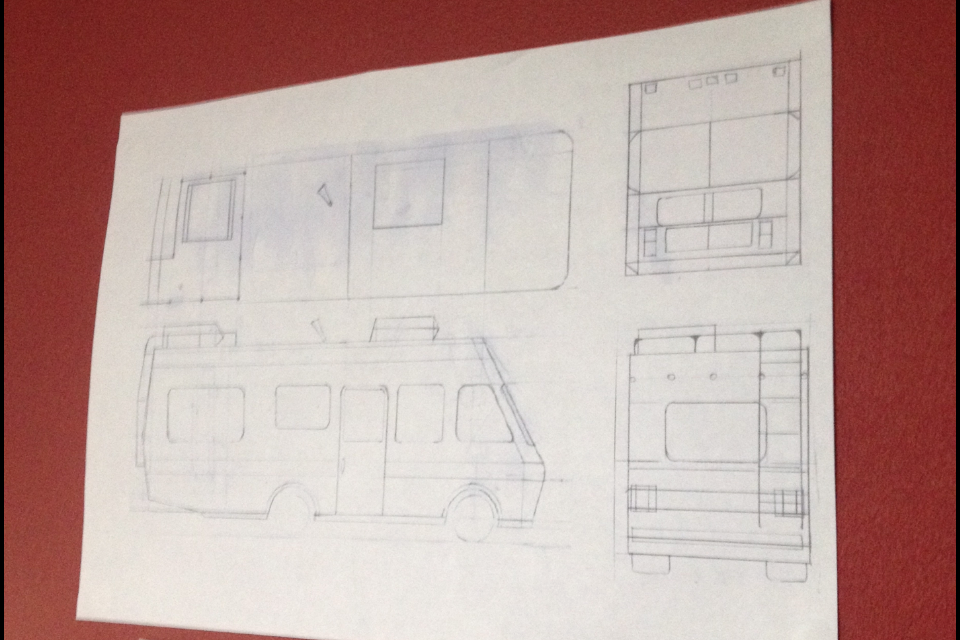 This is how I used to draw, which is not the right way to do it and its inaccurate, our lecturer introduced us to tips that make the drawing much more efficient accurate and less time consuming than what I was originally doing. Good thing about the module is that every drawing links to another, well almost but they all are useful when it comes to presenting the drawings and communicating with third parties. 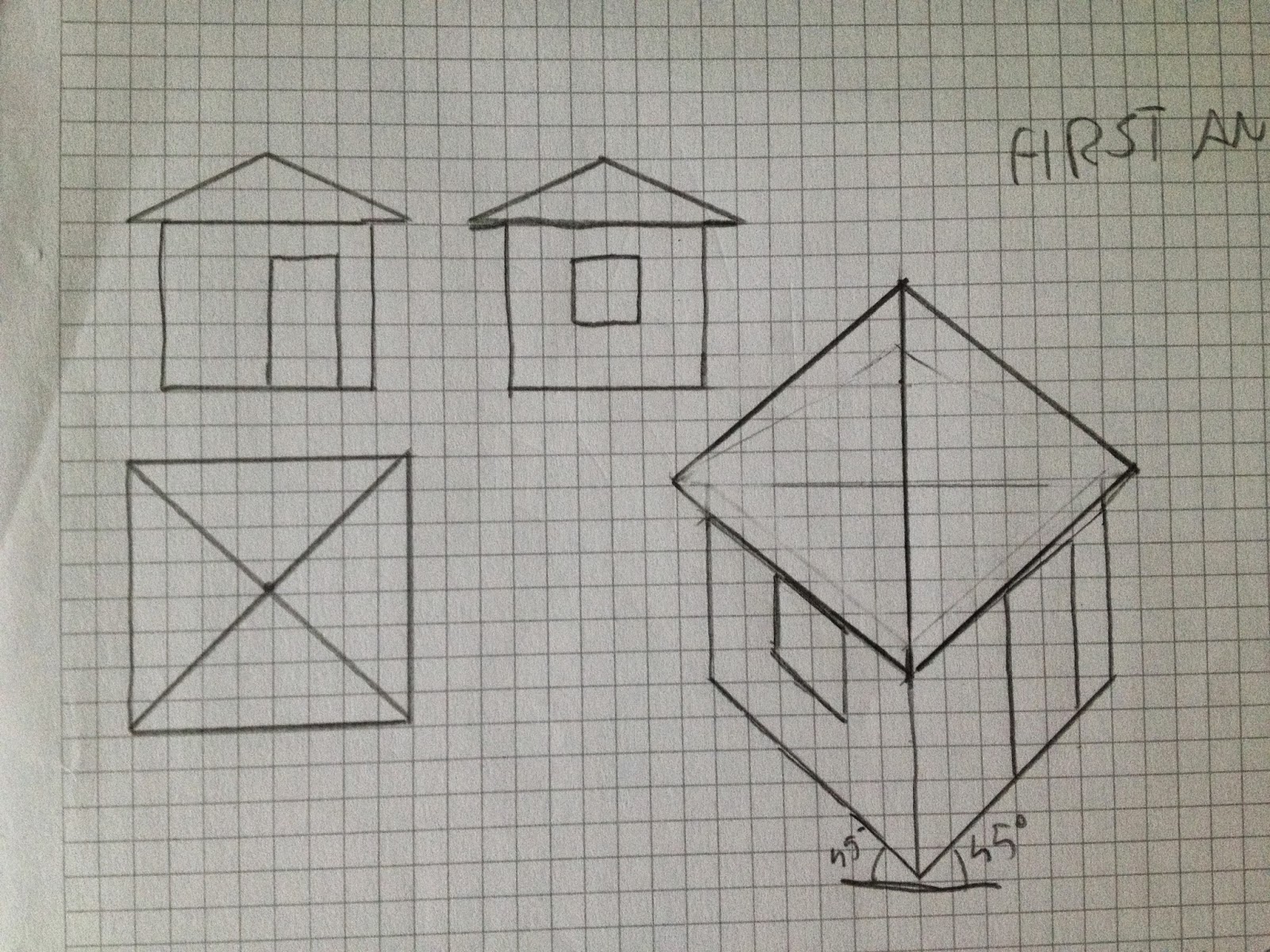 Here is my attempt at the technique, we were told to create a cube, we did that then we divided it into grids. Our lecturer said put everything in a cube before you draw it. This was helpful as the grids on cube have helped me to identify the dimensions and put it into orthographic projection. It worked both ways first angle and third angle as the cube has six sides. The drawing is planometric on the side, I tried to recreate it in a third dimension. There are also symbols that come with it, those help the viewer to identify in which projection, first angle or third angle the drawing is made. As mentioned before my preference is third angle. 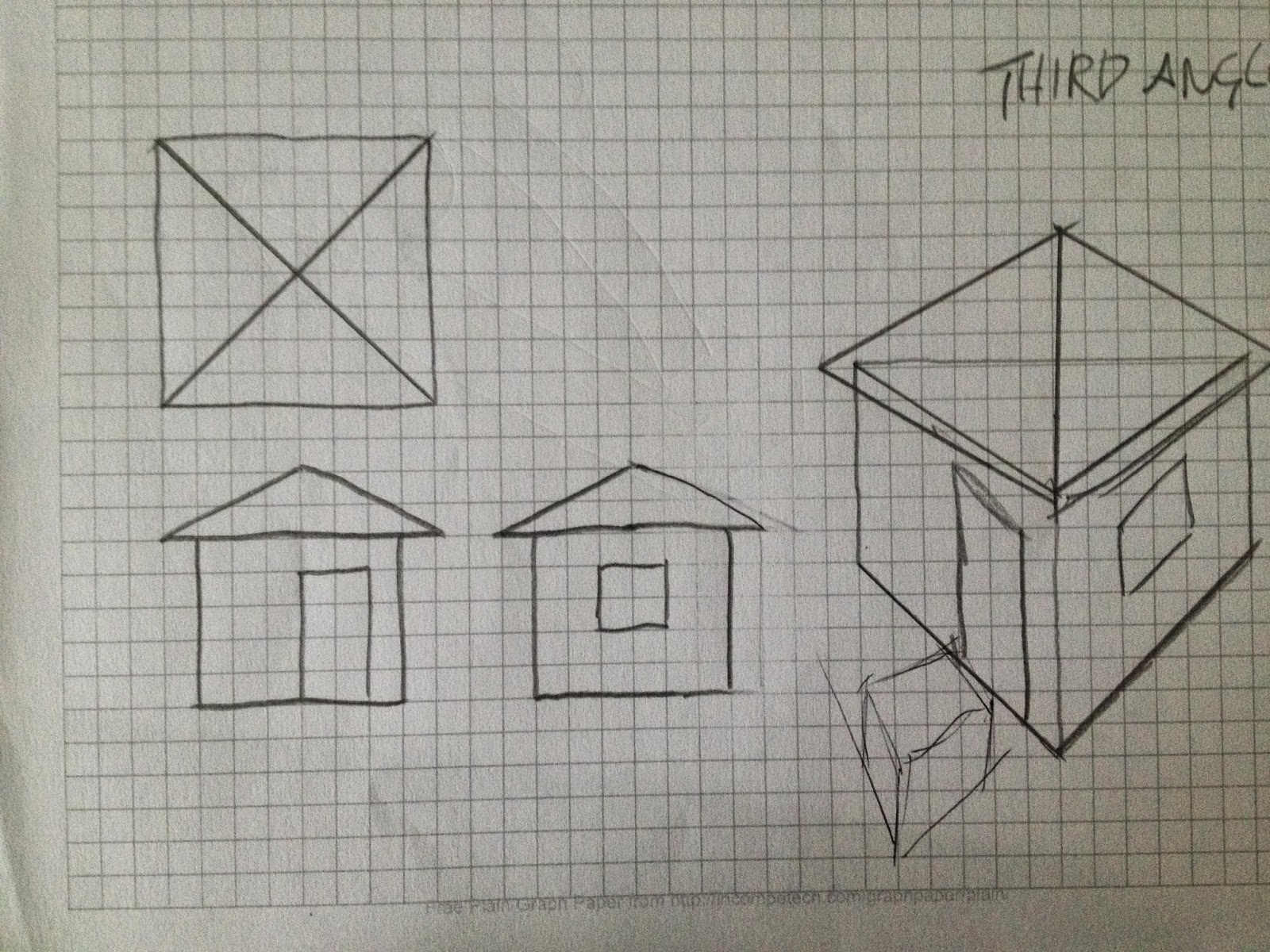