Evaluation of the Project 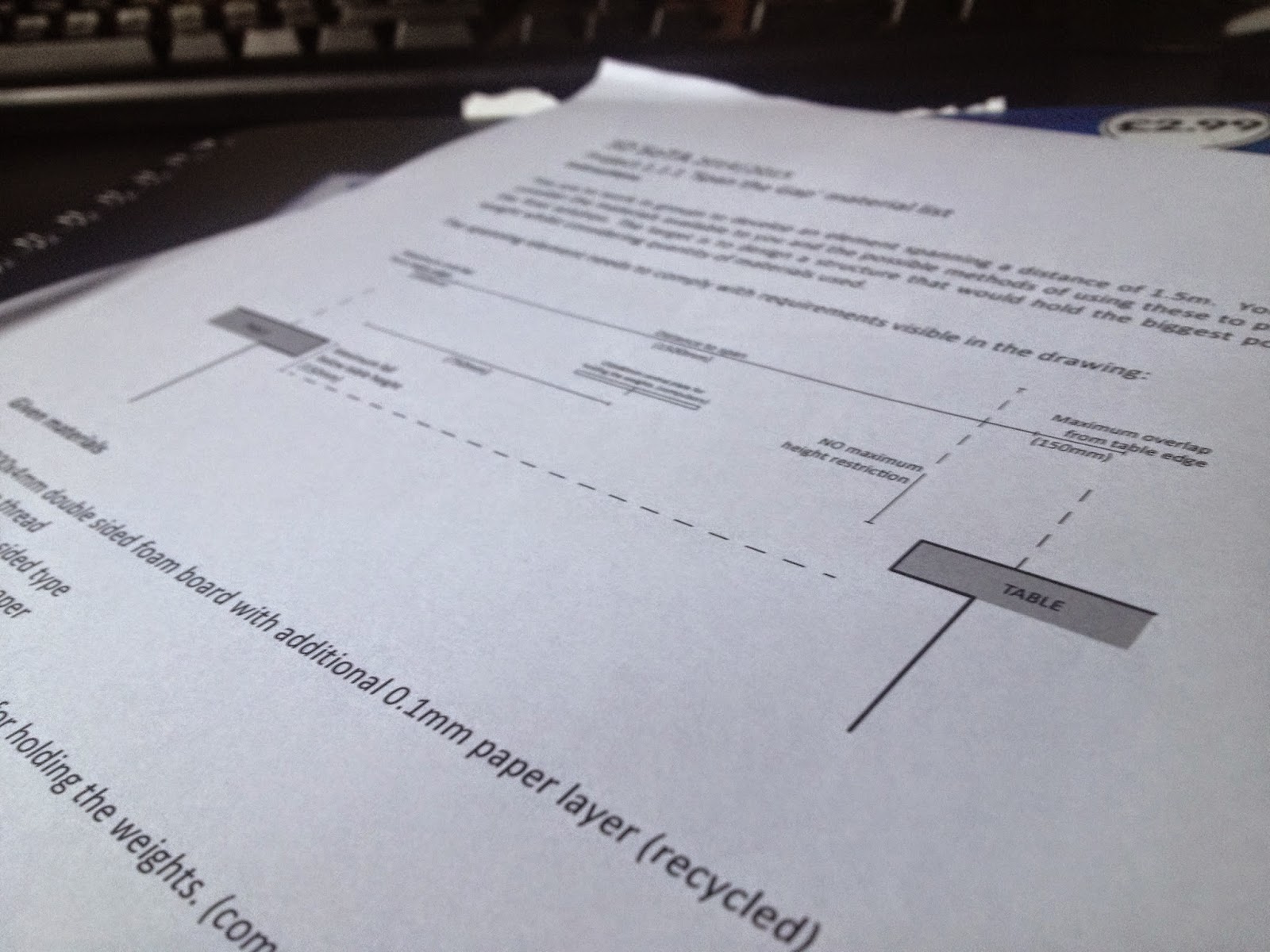 Span the gap project focused on with finding a way to get from A to B, we were delegated to span the gap with certain materials. The gap is 1500 mm and no single piece of material is that long, except for the string. The aim was to build an engineered solution that combines the materials together which successfully spans the gap and holds fair amount of weight, testing would be done to signs of failure and destruction, initially the weights will be applied in the middle of the structure on a compulsory platform.

First step to successfully solving this problem was to analyse the materials we were given, their properties and possible application to the structure. Our group has somewhat managed to look at the different use of materials and their properties. We have looked at how we could incorporate the materials; we thought of that the primary material would be foam board; three pieces together spam across 2400 mm, we immediately focused on foam board whereas we should have considered the use of other materials available. 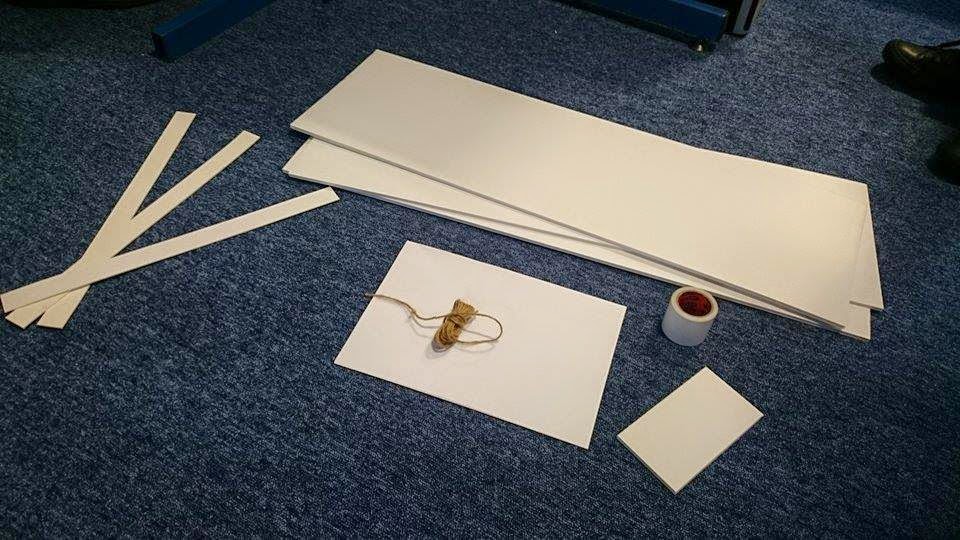 Our group have come up with some initial ideas in the class, further research was carried out at in our own times. First idea was based around the use of arch, my initial thought was that arches are build from the ground upwards and our brief did say that we can only go 150 mm below the table. Second idea was based around the beam, I figured that it has a great compression and tension resistance and would hold good amount of weight. Donnie came up with an A frame like structure. Rest of the group have analysed the designs and some suggestions were made, for instance bird mouth and positioning the structures in a way in which they would use the tables to take some stress from the weigh applied. Another suggestion was concerned with engineering solution to connect the pieces of foam together. One was the use of strings and another was to incorporate finger joints. We all decided to go with two ideas, the arched bridge and the beam. After we all dismissed further individual research was made. I consider this stage as successful as everyone was involved and we managed to come up with three good ideas.

Selection of our final design was made during model making, only when we went on to create prototypes we realised what will work and what will fail. We delegated different tasks to members of our group. The beam idea looked very promising on paper but when we went on to make it everything changed, we came up with issues of connecting the materials, Rhia suggested we use the thread to pierce through the foam. The beam successfully spammed the gap although it was visible right away that the structure started to bend in the centre, it's first sign of failure.

Doug's idea was to incorporate finger joints and use the thread to lock them. Once the making of this prototype was done we tested it out with water bottle, it managed to hold the weight pretty well therefore we decided to put a brick on it, it had some success too however it started to lean towards one side. Masoud suggested we think about depth of our structure, spreading it ends out would help. This led us towards making new model and here is where most issues were exposed.
Myself and Donnie volunteered to build the final model, firstly our prototype used 4.5 pieces of foam board, we were delegated a specific amount of materials and we went over the limit. This showed that we didn't really look at our material list and sizes whilst building the prototype of the arched bridge. Justification and selection of the design was an unsuccessful stage as failed to communicate, stick to material list and take on board important tips.

Changes we made to the design included the heights of the arches and the depth of the structure. We kept the lengths the same although the centre of the structure would be wide enough just hold the platform where as the ends would spread, reusing the foam we had, waste we had when we cut out the arches, almost semi circle looking like pieces, we used that to spread the ends although on the other hand another issue came up, hinging of the joints and length of the structure. Form of the structure didn't have much influence on buckling resistance, previously a brick (roughly 2 kg) made the first model buckle, our final structure started to buckle at 1.5 kg, but there is a lot of factors to consider such as amount of materials used. Since it can't be properly measured the importance of this element is low. What we didn't consider was the length as the structure has became shorter due to the fact that we changed its form, it meant that the structure will be go into the tables 10/20 mm, in case heavy load will be applied onto the centre, the structure will just collapse due to the fact that it's too short. Therefore we went on to design bird mouths that would extend the structure by extra 185 mm on each end.  We incorporated bird mouth although it wasn't on an angle, it would extend the structure. The importance is low as we didn't really need to make bird mouths as there are other ways to extend the structure, it would have scored higher if it was on an angle which would have helped to take some stress away from the structure.
Finger joints were changed, we decided that cutting the joints to the exact dimensions was wrong, therefore we decided to cut them with tolerance meaning that the foam board will have to be pushed in with some force, it made it stronger and there was no need to use the thread, this principle was also used when we created braces for the bridge, finger locks came in very hand and I would list that as the most important technique in our structure. Both score high in terms of importance as the technology behind the idea was visibly successful during the application of weigh, they both strengthen the joints and all different elements come together as one solid structure. This stage was successful, we managed to develop our technologies and incorporate better solutions.

We had to estimate the weigh our bridge will be able to hold, we all agreed that 2 kg is reasonable weight. The structure got to 1.5 kg quite comfortably without any signs of failure but past this point the joints became very loose, although the bracing helped to hold it together, at 1700 g the structure began to lean towards one side, one end was countering the other and it put a lot of stress on the middle section, the joints didn't break due to the braces, they started to hinge which was causing the twisting and later on fail of the structure at 1900 g, only 100 g away from the estimated weigh.

After the test I carried an extra research and read through few books, the structure was based on the arches and due to the nature of the foam board it's more resistant to tensions and compression when positioned upwards beam like. We overlooked the principle of torsion and twist, hence the bridge started do buckle to one side and eventually snapped in the middle. Some good points we had were the joints, the use of low tolerance prevented the finger joints from coming apart and the bracing did help to slow down the hinge movement that would caused the failure, perhaps more material in the centre would make it less vulnerable, it was something that was mentioned early on by our lecturers.
The only material used was foam board, we only used 5940 cm2 in our structure. Without making any big changes to the structural form of the design we could have added support to the middle of the structure as we overlooked a clearly visible weak spot of the structure. Adding the deck from the beam idea but only in the middle of the structure and instead of having two elements spreading the ends we should have incorporated joists, these would help to shape the structure without making it any more weak. The approach we had to designing the final element should have been different, we should have considered doubling the bracing on the joints, this way it would prevent the hinging that appeared later on in the test. Another point that should have been incorporated the rest of materials, paper and thread could have helped to support the centre as it was the weakest point, layering the centre or using the platform more effectively, perhaps making it an internal part of the structure that would prevent the twisting in the centre. This was a good experience as it gave us an insight of how important organization, time management and communications are within our industry.