So after some of the difficulties we have faced yesterday we decided to meet today and build the final version of our structure. Doug, Rhia and Sophie were able to tell us their ideas and suggestion through Facebook group last night as today they all in lectures. Diedonne and I were in task of building the final structure and applying the changes... 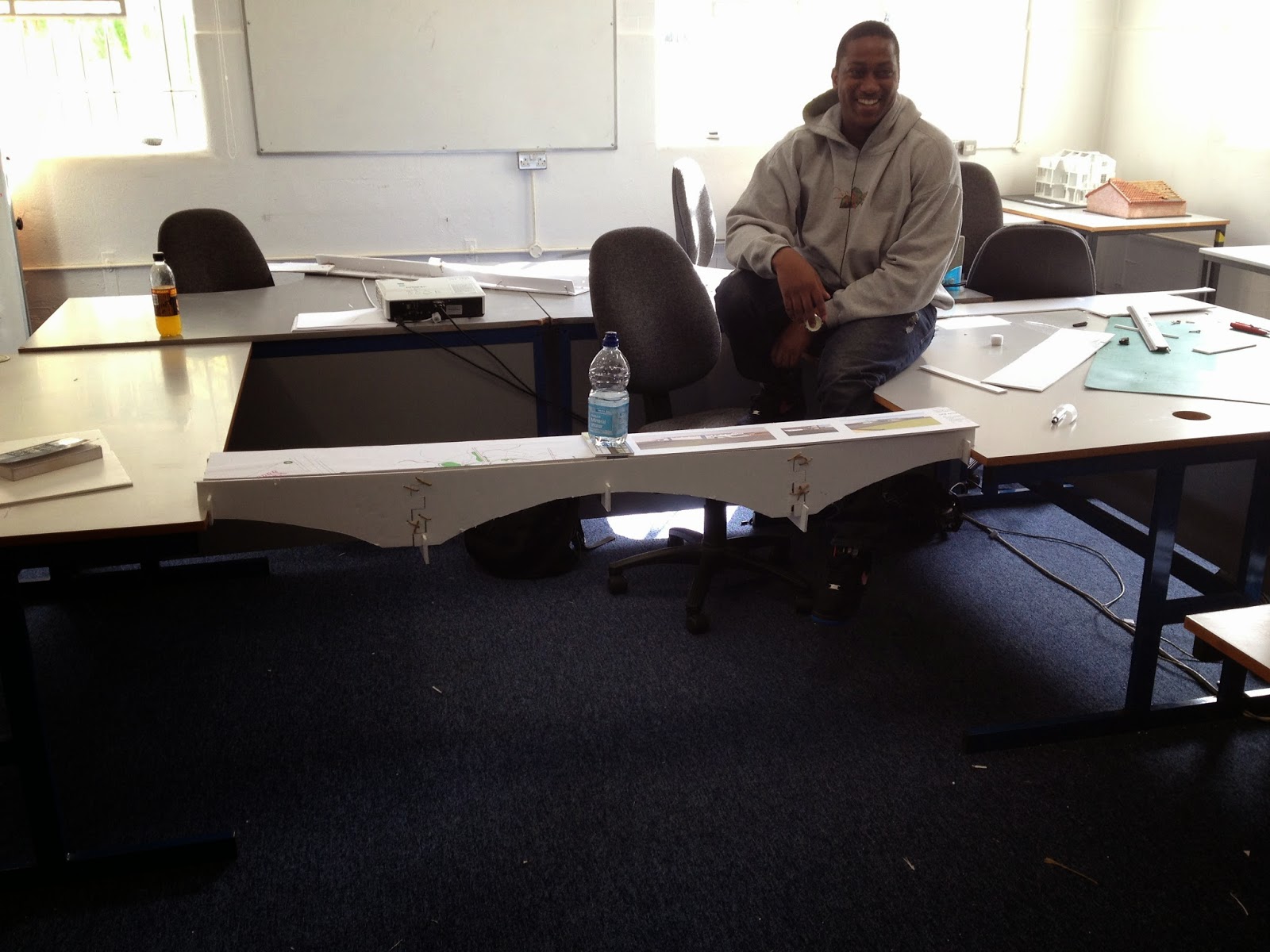 So although this design was very solid and could resist a weight of the brick, it had its disadvantages too. Firstly we have used a lot more material than we were delegated, this is not good as it'll come up on our quantity surveying report and also its not fair to other groups. In essence we were able to build a strong structure however it will cost more than we had in our budget. 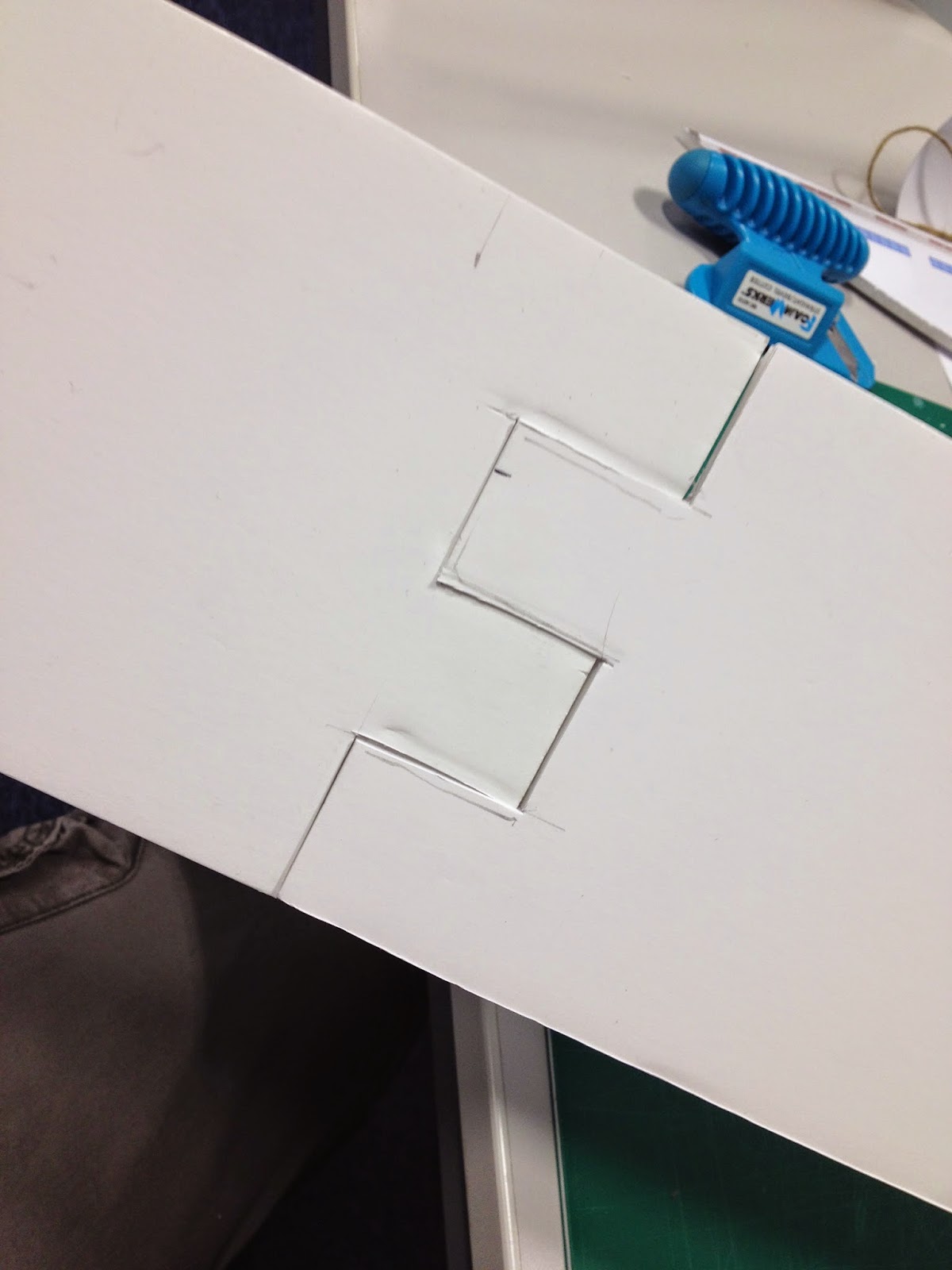 So we began the work by measuring out the arches and cutting them out, to measure the arch we used a rope and a pencil, locating the centre line we were able to create the semi arches and full arch. once we had that figured out we have cut out the joints, we both decided that the joints will be cut out with very low tolerance, therefore we no longer were able to slide the joints together, instead we had to use great force to push them in, this itself provided a stronger joint, without the use of rope to stitch the parts together.


We decided that he joints provided a very effective solution for our problem with tension and weight resistance, under suggestion from Massood we incorporated this even further in our structure.

The support that will connect the two arched elements was going to slide upwards over the joints, it will also be connected by the same technique, low tolerance and force to push it together. so we had one of those supporting elements coming from the bottom up, to hold the joints, but we also decided to use another one coming from the opposite direction, coming down onto the joints. this created this system that was not going to allow the joints to come apart. for even stronger solution we added ones that will hold the two supporting elements together from the side. 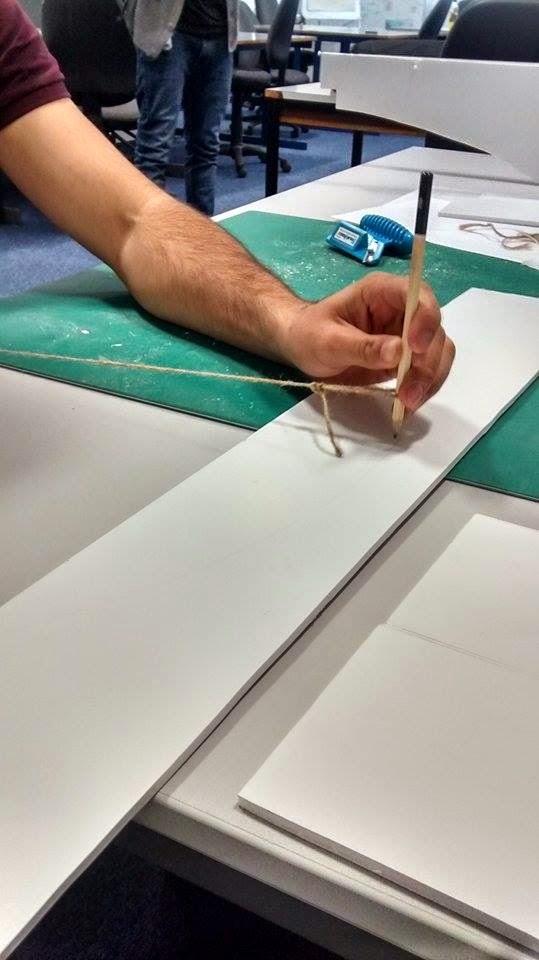 Our finished structure was able to withstand the weight of a brick. It seemed like a superb solution, we were very economical on the use of material, only using two and a half boards, we used no other material. The bigger we are facing is the length, we have to spam the gap of 1.5m and our structure is only 1540mm long, gravity pulling the live load during could collapse the structure, not due to the weakness of it but due to the length. We still have got a lot of material left to play about with, our aim on Monday lunch is to extend the design and incorporate Sophie's initial idea of using the tables to take some stress from the structure. 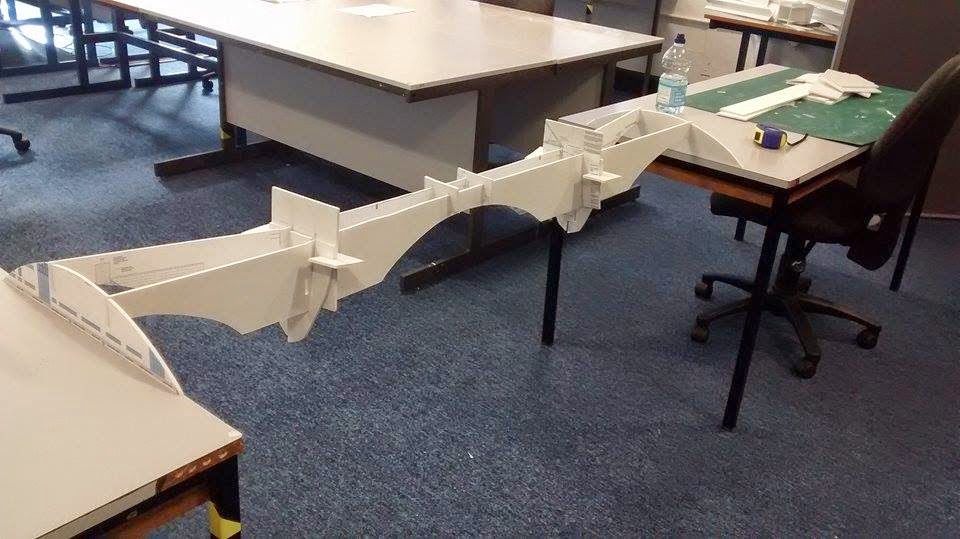