Testing our structure to destruction

So as it happened today we have tested out structures to destruction, prior to the test me and few others have met and we all came up with a solution to extend the bridge as it was pretty short, our solution was based around the birds mouth idea that previously Doug and Sophie introduced. So we decided to draw out and cut out the four stands our structure will be supported by, those were positioned on the table but also on the side of it, Looking at the picture you can understand how it works (structure is upside down). 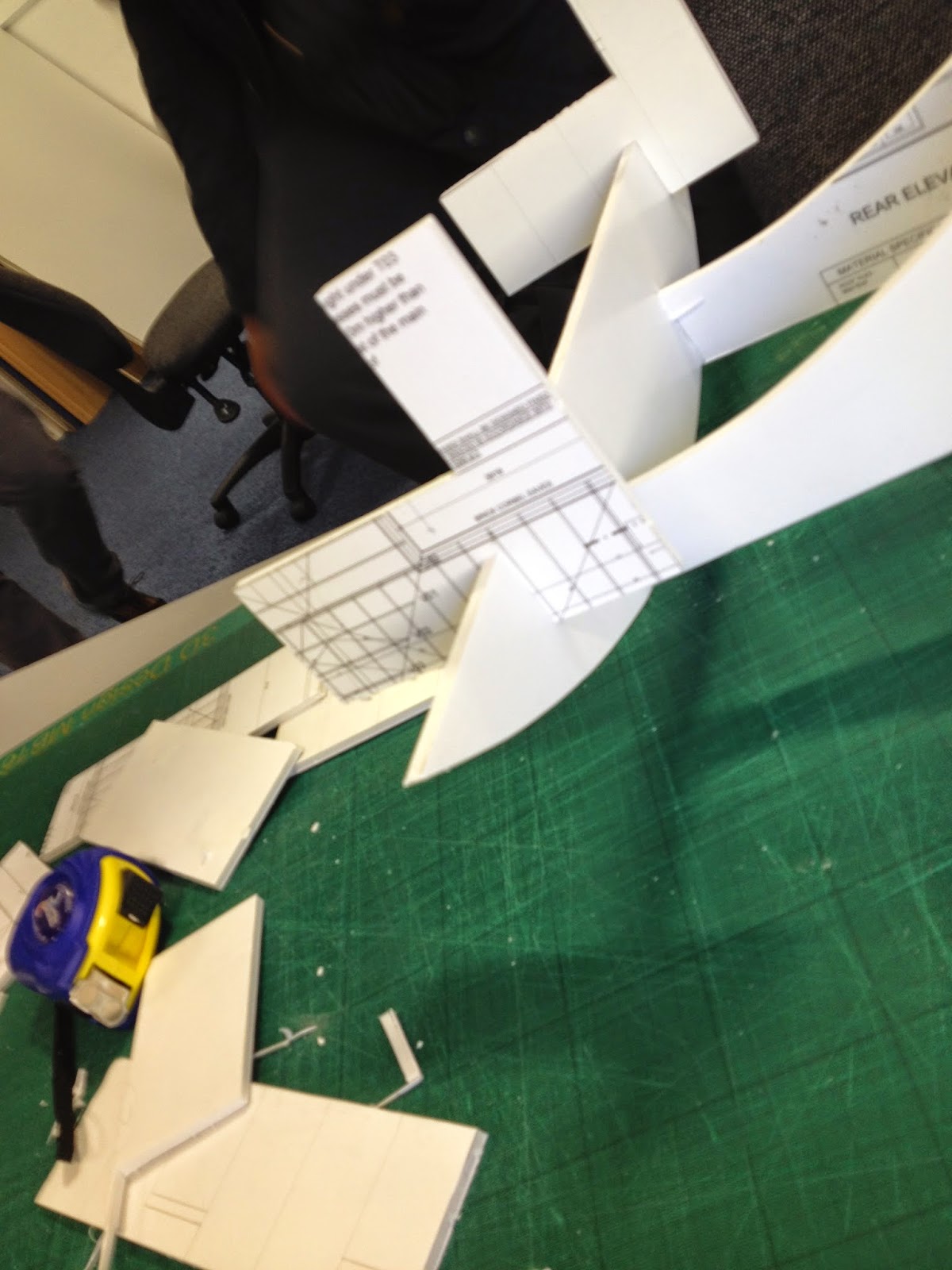 So this is what the final element looked like, perhaps upside down its hard to see but below you can see the picture of Donnie setting it up prior to the test. The birds mouth lies onto the table taking some stress from the load but mostly extending the whole structure. Our structure managed to resist the weight of 1.9kg, although we estimated 2kg we were only 100 grams away. Its not bad and the structure only shown signs of failure on the joints for few seconds but our mechanism that was overlapping each part managed to work later on, what did give in was the middle part, where the bridge is at its thinnest point, the structure started to wobble and the it almost exactly in the centre. Overall I am pretty satisfied with the structure. 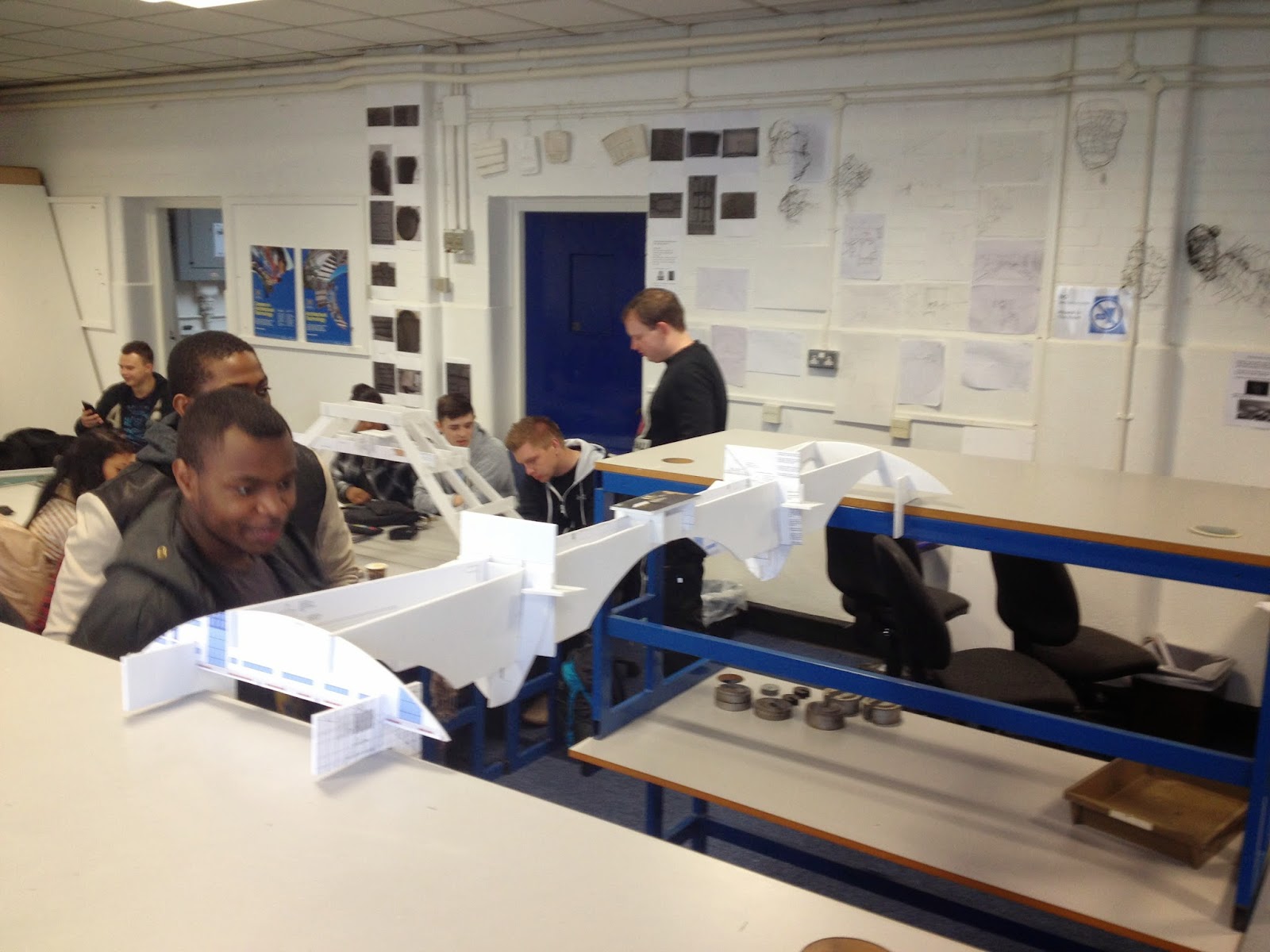